Central America is becoming a well trodden region of the world for intrepid backpackers and solo travellers. The advantages are clear, the region is still going through development which means it’s one of the cheapest regions of the world and the climate is hot year around due to proximity of the Equator.

Guatemala is one of the darlings of the Central American backpacker and offers a huge variety of landscapes and experiences. Honduras is becoming popular too with independent travelers who see it as a way to get down to the more developed countries of Costa Rica and Panama.

Safety and Security in Central America

OK we have to be honest here and state that Guatemala and Honduras together don’t have the best reputation when it comes to visitor safety. Indeed if you were to believe all that’s written by the US Government travel advisory then you’d almost certainly  avoid them both. Of course Governments tend to be heavy handed with their security warnings but if you are traveling to the region alone then you should be on your guard.

The advice we’d give is pretty much the same advice you’d expect to receive for any other foreign country. Make sure you have good travel insurance if you are visiting anywhere overseas from your home country.

– Do not go walking around in the evening on your own, this is the time when most robbers will be targeting tourists. Basically if you are heading out anywhere beyond your hostel or guesthouse then take a reputable taxi, if you are unaware of the local companies then get your guesthouse to call one for you.

– Watch out at ATMs, you could be targeted by opportunistic robbers or have your card skimmed and then copied. Try and use ATMs that are actually inside banks.

– Do not carry valuables or show signs of wealth. If you are going to be walking around Guatemala City with a big camera then you are basically asking to be robbed.

– Finally don’t be too paranoid, some areas are safer than others e.g. Antigua is safer than the capital Guatemala City. However be aware that crime can happen everywhere and do not take risks.

Guatemala City is the main gateway for both Guatemala and Honduras.

Your best bet is took look for flights into Guatemala City which can be taken from a number of American cities particularly southern hubs such as Los Angeles International, Dallas Fort Worth or Atlanta. There are some no frills airlines that fly from the Miami area too so check them out.

There are not many direct services to Guatemala City from Europe and the ones that do exist will likely be more expensive compared to flying via the USA or Mexico. For instance it is possible to take a cheap flight with an airline such as Norwegian Airlines to Florida and then get an onward connection down to Guatemala City.

The cheap route will either be via the USA straight over the Pacific or possible via Europe / Middle East and then onward via the USA.

An ancient history of a still surviving Mayan population and Spanish occupation with a background of active volcanoes, stunning white sand beaches to chill out on and rainforest for hiking through make this a popular spot for budget travellers.

Budget hotels are a little tricky to come by and when you do find them they will certainly be basic – take your own toilet paper. Cheaper are the pensions and if you plan on staying a week or so it can be worth getting an apartment, check on the noticeboards in the towns.
A Traveller’s Budget for Guatemala

Around US$25 should see you through the day for your accommodation, food and travel. There is an extensive bus network which should get you to where you want to be and you can either go by chicken bus which tends to be a little unreliable and overcrowded or spend a little more and take a Pullman coach, still not that expensive.

Make sure you find out the fare before you get on and try to give the driver the correct money, they sometimes try and charge tourists more than the locals.

Cycle touring is an excellent way to get about if you can cope with the hills, if you do get too knackered you can always flag down a passing bus and stick your bike on the roof.

Otherwise you could catch a lift with a truck driver who’ll charge you a little, or by pick up truck in more remote areas. Be aware of the risks of doing this though and make informed decisions.

To eat cheaply shouldn’t be hard, there are traditional central American snacks and meals like burritos and tortillas available everywhere. Stuffed chillies are a local dish, filled with meat or vegetables or both.

Activities on a Budget

Check out the colonial architecture in Antigua

Volcano climbing, there are plenty of them to choose from

Mountaineering in the Cuchumatanes mountains

Mountain biking across the country, it’s a growth industry

Diving in Lake Atitlán or off the Caribbean coast

Whitewater rafting – organise it in advance, the more people, the cheaper the cost. 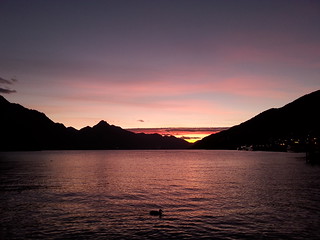 It’s got a lot of mountains, a stunning coastline, the beautiful Bay Islands, stunning Tegulcigalpa and its winding cobbled colonial streets, Mayan ruins, what more could you ask for? Avoid coming in the hurricane season!

If you avoid staying in the top tourist spots and opt for hiring a private room slightly off the beaten track you’ll be rewarded with some of the cheapest accommodation in Central America.

A Traveller’s Budget for Honduras

Around US$25 should be enough to see you through. If you want to travel around Honduras the most common form of transport is bus, there’s a three tiered system – local, direct and luxury. Local is usually rickety and prone to breakdown and sometimes is by pick up rather than bus in more out of the way places.

There is a slight train service in the north. Cycling is possible but the country’s a bit mountainous and there are few bike shops so repairs are likely to be an issue unless you bring spares. Many people still walk everywhere.

To eat cheaply try the comida corriente, which contains beans and rice amongst various other things and will keepyou full for a while. Otherwise there are plenty of good value local snacks and dishes to keep you going. If you like fish it’s plentiful and cheap at the coastal towns of Trujillo and Cedeño. Be careful eating from market stalls and street vindors – there is cholera in this country.

Diving in the Bay Islands, the cheapest place this side of the world to et PADI qualified.

Whitewater rafting on the Cangrejal River

Soak up the history in Teucigalpa, visit the Museo de la Republica de Honduras to get the background.

Which town on Lake Atitlan is best for you? Take a look and see what they offer! http://t.co/1CIRWyaQWU #travel