As part of our new solo safety season of posts we thought we’d look at some of the destinations with not such a great reputation. Our guides and information will hopefully take you safely from the immigration hall to your hotel.

Arriving in any big city can be an intimidating experience for even the most experienced solo traveler. With this in mind we are going to look at Lima, the capital of Peru, with safety in mind. 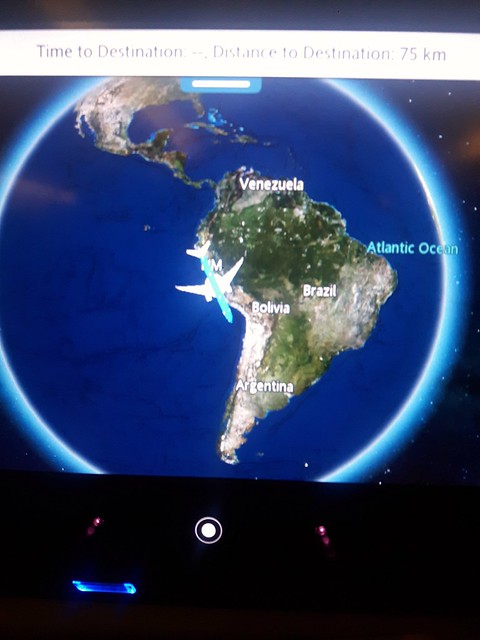 Your airline should give you a Peru customs declaration card which you can fill out on the flight. If nothing else it will kill 10 minutes or so of flight time!

Lima International airport is quite a way out of the center of Lima and it’s actually in an area called Callao, which has a pretty bad reputation. You would not want to leave the airport and wander around anytime of day. At night you would be taking a huge risk, so forget about taking public buses on the streets outside.

You will first have to clear immigration. This should be straight forward as most visitors are given a stamp with a maximum stay up to 183 days. The officer might ask you how long you intend on staying in Peru. Mine did and I said just over a month, so he wrote 60 days in my passport (by the stamp).

Next is customs. When I approached I was just waived through and didn’t even have to show the customs card or have any bags scanned.

Bam! I was in the arrivals hall. There is a section just before the public area where some official taxis and other bus companies have desks.

I highly recommend going with a new bus service (as of April 2017) called Airport Express Lima but bear in mind they only service Miraflores. The good news is that you’ll almost certainly be staying in Miraflores, as it’s the safest place in Lima and has the best attractions, restaurants etc

They were very efficient and professional throughout and delivered me safely to near my hotel in Miraflores. The bus cost only $8 which is way cheaper than any cab plus you have the peace of mind too. They were located on the left side.

Alternatives to the Express Bus

The traditionally safest way to travel from the airport is by taxi. There are a number taxi companies who are present inside the airport, so you should certainly only go with one of them and not one of the 100s of touts who will hound you outside arrivals.

Check out a site like Tripadvisor to get the latest information on the best taxi companies to go with.  As of April 2017 a company called Taxi Verde (Green Taxis) seem to be the most recommended, but bear in mind that no taxi will be 100% safe. Don’t assume that just because they have a counter inside the airport makes them safe. Uber is popular in Lima too and I have read reports of them being used from the airport.

Getting some money before you leave the airport

There are a couple of ATMs (from the same company) in the baggage claim area but I would avoid using these as they charge around $5 minimum for any transactions (plus what your own bank might charge you!).

Once in the arrivals hall go up one floor to the food court area (follow the signs to the food court). One there you will see a whole row of different ATMs. I chose Scotiabank as they do not charge any fees, for either Soles or USD (you can take out both). This was with a European credit card, they might charge you depending on where you are from.

Arriving at your hotel, hostel or guesthouse

Many of the flights that arrive at Jorge Chavez International airport land at night. Mine arrived around 7pm and it was 8.30pm before the bus dropped me off two blocks from my hotel. The area of Miraflores is considered safe at night but it’s still a little unnerving to be walking around with all your gear on your back, however there were lots of people about and many police officers.

The problem was that I had to stand and wait outside the hotel before they would let me in (a few minutes). This is due to the heavy security in Lima, most of the hotels are hidden behind security doors. You would potentially have this problem even if you were dropped off by taxi. It’s just something to be aware off.