England and Scotland, two of the countries that make up the United Kingdom along with Wales and Northern Ireland are awesome places to visit on a solo trip.

Occupying a large part of Great Britain there is every possible travel experience on offer in this small but proud nations. Birth place of the English language, the Industrial revolution and once centre of the largest Empire the World has ever seen there is plenty of history to uncover in both England and Scotland.

Of course England and Scotland haven’t always been the best of buddies and indeed the Scots recently voted for a divorce from the UK but this failed with a majority of 55/45 however Scottish independence is still simmering.

Getting to England and Scotland

London is one of the largest air hubs in the World and Edinburgh is one of the busiest airports in Europe so it’s pretty damn easy to get to Great Britain!

Within Europe there are countless budget airlines such as Ryanair, Easyjet that you can fly to the UK with from virtually any airport in Europe. London Stansted is a hub for budget airlines in Europe and is less than an hour from Central London.

Within England and Scotland there are countless international airports such as Glasgow, Manchester and Birmingham to name three of the busiest.

Of course you can take a train into the UK from continental Europe via the Channel Tunnel and ferries are abound too from France.

Getting around England and Scotland

The UK covers a relatively small area so getting around couldn’t be easier. The train network is very extensive as is the motorway system which is pretty much free apart from one stretch of the M6.

Buses are also a very popular way of getting around in the UK and with such outfits like Megabus providing good competition to the main company National Express. 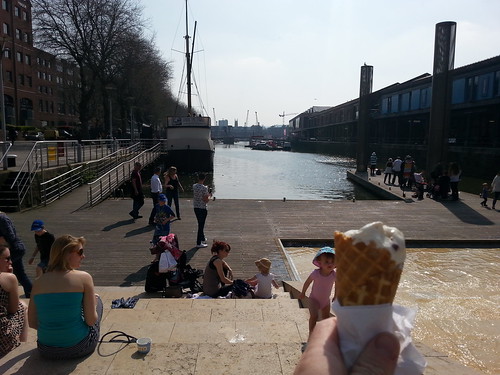 When to go to England and Scotland

Well it’s our opinion at Solo Travel that the UK is pretty much a year around destination. OK there are no Alps ski resorts or Med style sunny costas but due to a pretty much stable climate that never gets too hot or too cold, the UK is worth a visit any time.

Obviously outdoor pursuits are best followed in the summer months, pretty much from May through to October if you’re lucky. The winter is a good time to visit London, Edinburgh and other major cities as there will be plenty of indoor distractions for you.

Travel costs for the UK, how expensive is Great Britain?

The UK has a reputation for not being the cheapest place to visit and this is unfortunately still true to an extent. Hotels and eating out can really push up your budget. Getting around can also be expensive if you don’t pre book trains e.g. turning up at a train station without a ticket will cost you two or three times more in some cases!

The good news is that backpacker hostels, YHAs, camping sites and Airbnb rooms are abound in the UK. Supermarket costs can be very cheap, even compared to cheaper parts of Europe. Just avoid Waitress and shop at Aldi or Lidl!

Many of the activities and sights in the UK are free or very low cost so it is possible to travel cheaply as a solo traveller.

Scotland is a great destination for budget travellers with a diverse range of things to see and do for little or no money, from windswept wilderness, mountains and islands to the varied architecture and buzzing nightlife of its cities.

Budget accomodation is growing in Scotland all the time and there are now many independently run hostels as well as the more traditional SYHA (the Scottish branch of Hostelling International). Campsites are widespread and prices vary from next to nothing for a mown field next to a river up to a few pounds for a site with showers, toilets and other extra facilities. Wild camping is acceptable all over Scotland as long as you leave no trace of your camp when you leave and you can stay in a bothy for absolutely no money at all in the mountains if you know where to find them, but do take some fuel for the fire and a bottle of whisky to share with the people you’ll meet there.

A Travellers Budget for Scotland

Scotland, being part of the UK, isn’t the cheapest destination in Europe when it comes to daily living expenses but it’s achievable on a budget if you’re careful. Supermarkets and chip shops (chippies) are the cheapest options for food but avoid the latter too often, Scotland doesn’t have one of the worst health records in Europe for nothing! Bar food is usually reasonably priced if you avoid the more pretentious areas such as Edinburgh’s George St and Glasgow’s Merchant City. Drinking can be less of a blow to your wallet if you take advantage of happy hours, most places have one, and the (usually) cheaper price of local beer.

For travelling about, public transport within cities is pretty cheap to use and if you plan ahead for travelling further afield you can pick up cheap train and bus fares on the internet. Megabus and Citylink will both take you between the major towns for a pound if you get in quick, and FirstScotrail’s SuperApex isn’t bad compared to a standard train fare. Cycle lanes and paths are widespread in the towns and the National Cycle Network covers the majority of Scotland if you want to travel under your own steam.

Mountain biking; The Seven Stanes trails in the Borders / Dumfries, Wolftrax at Laggan and the World Cup course at Fort William are all free to use and make their money from bike hire and cafe facilities which are usually excellent.

Hillwalking / Mountaineering; There are no charges in place for wandering in the wild in Scotland. You can pretty much go where you please as long as you respect the privacy of landowners and cause no damage to agricultural land, but leave a note of where you intend to go with someone as it’s unlikely that there will be many people about to help you if you get into trouble.

Walking and Cycle Touring; There are three main long distance trails in Scotland: the West Highland Way, the Great Glen Way and the Southern Upland Way. These are all completely free to use and you can wild camp along the way if you’re really strapped for cash. Some of the guides have recommended spots for wild camping. Similarly cycle touring can get you to most parts of the country on cycle paths and quiet roads for absolutely no cost whatsoever. Sustrans have a map of the routes available from any bike shop.

Museums, places of historical interest etc; Most museums and art galleries have free entry, or by donation if you wish, many ancient monuments cost nothing to look at and even the somewhat expensive entry fee for Edinburgh Castle is waived on one day a year, usually in August. The Parliament in Edinburgh is free to look around and you can get the best view of the Capital for nothing but a bit of leg work from the top of Arthur’s Seat. All the major towns have plenty of parkland to chill or play games in and most have leaflets for self guided walks around the highlights.

Edinburgh International Festival on a budget; Despite the initial impression of prohibitively high prices for top comedy and arts, you can do the festival for next to nothing if you’re prepared to look hard enough. The Free Fringe guide tells you where the comedy’s at, be there in the first week for ‘two for one’ tickets on a variety of shows and always be on the lookout for students handing out free tickets to lesser known shows. They might be big next year…

England has a reputation for being an expensive destination for the budget traveller but it does n’t have to be like that. While London will put a strain on any budget there are plenty of ways to travel on a budget.

So don’t be put off visiting this small and diverse little Northern European country.

London as well as most of the major tourist centres are well geared up to the independent solo traveller and you should always be able to find a bed in a hostel. Most hostels have dormitory style accommodation which is great on your budget!

Apart from privately run hostels there are many YHA backpackers throughout England in both towns and cities as well as in the countryside.

A travellers budget for England

Yes England is expensive but there are lots of way to save money particualrly by using cheap supermarkets for food and backpackers for accomm.

You could probably get by on USD 50 a day at a push if you are careful with your money.
Activities for Budget Travelers in England

Some of the activities include